Amidst protest by the opposition parties, and without any discussion the EDSO 2021 Bill has been passed both in Loksabha and Rajyasabha. The passed Bill will go for the approval of the President and it will become EDSA 2021. In the Loksabha & Rajyasabha due to the pressure from all corners including from ILO Rajnath Singh declared EDSA 2021 will be in effect only for one year.

However, the Defence Civilian Employees under the banner of AIDEF, BPMS, NPDEF & AIBDEF have decided to fight back till the EDSA is withdrawn by the Government. Accordingly today in all the Defence Establishments DHIKKAR DIWAS was observed by the Defence Civilian Employees by holding massive demonstration in front of all the Defence Establishments. A large number of Defence Civilian Employees participated in the demonstration, according to C. Srikumar, General Secretary of AIDEF, who stated that the Federations will relentlessly fight till EDSA is withdrawn and Corporatisationis also withdrawn. It is a do & die situation for the employees of Ordnance Factories, since it is not only concerning the service conditions of the employees but future and existence of one of the important and strategically industry of our country. Therefore the Federations will take all efforts to mobilize each and every employee to continuously participate in the agitation against EDSA and Corporatisation, so as to make the movement to protect the democratic rights and also to save the Ordnance Factories a very effective one.

The Central Trade Unions and Independent Federations also observed today as Save India Day throughout the country. In a press statement issued jointly by the 10 Central Trade Unions including AITUC, HMS, CITU, INTUC & LPF, they have claimed that the workers have responded magnificently inspite of the Lockdown restrictions in several areas. The contents of the Joint Press Release issued today by the Central Trade Unions is published here for the benefit of the viewers of www.indianpsu.com –

The Joint Platform of Central Trade Unions (CTUs), Independent Federations and Associations had appealed to the toiling people of the country to observe 9th August, 2021 as “SAVE INDIA DAY” and they responded magnificently in spite of the lockdown restrictions in several areas.

The day was observed at more than a lakh locations throughout the country in various ways such as processions, demonstrations, dharnas, picketing, at lunch hour protests, badge wearing, slogan raising etc. Some places workers and farmers jointly organized protest. It is to be noted that the trade unions had observed 09 th August as Save India Day in 2020 also. This call was necessitated due to the bitter experience of the BJP led NDA Government at the Centre since May 2014 – its policies are anti-worker, anti-people and even anti-national. In its second term since May, 2019, the record of this Government, with brute majority in Parliament, is even worse. It is quite clear that this government at the centre has no qualms in sacrificing the interests of workers, farmers and all toiling and common people of the country for the benefit of the Corporates.

Throughout these seven years of present regime’s rule, the toiling people faced increasing unemployment (especially women) along with loss of employment and earning having been pushed in to the situation of intensified hunger, increasing prices, lack of any social security, so much so that when the Covid pandemic struck, huge number of people died without basic medical attendance. The Government, at centre instead of protecting our toiling people, used restrictions on them – harshest in the world – to pass laws against them and in favour of the corporates. 3 Farm Laws and Four Labour Codes do precisely that and similar onslaughts are continuing in various forms.

As a result of these policies, the toiling people were anxious where their next meal is going to come from while Ambanis, Adanis and other corporate minted huge fortune and a few of them are reported to have earned Rs.2 Cr every minute of the pandemic period! 140 billionaires earned 12.94 lakh crores during March 2020 to 2021.

The Government is not responding to investigation in Pegasus Spyware but using the logjam in passing anti-people bills, using its brute majority. In this ongoing parliament session Essential Defense Services Bill is adopted, disinvestment/sale of Insurance Companies has been decided.

The demands of this all India protest day included: 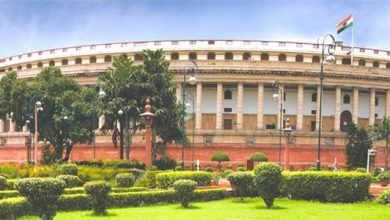