Northern Coalfields Limited (NCL), the Singrauli based Coal India subsidiary under the Ministry of Coal has dispatched the highest ever coal in a single day. On 27th August,2021 the company’s offtake grew to a whopping 3.87 lakh tonnes.

The Company has also sent the highest ever, 38 Coal Rakes of Indian Railway to upcountry coal consumers of Rajasthan, Uttar Pradesh, Haryana, Gujarat, Delhi, and other states fulfilling the energy requirements of the country in this pandemic time.

NCL dispatches its majority of coal through eco-friendly modes like Indian Railway Rakes, Merry-Go-Round (MGR), and Belt Pipe Conveyor. In FY 20-21 NCL dispatched over 87% of its coal through these modes of transportation. In a pro-environmental step, 24% reduction in coal transportation from the road was seen in the last fiscal.

Keeping up the pace with the growing demand for energy, NCL has dispatched 46.19 MT of coal till date with y-o-y growth of 17% in FY 21-22. The company has been entrusted with 119 MT of Coal Production and 126.5 MT of Coal Dispatch in this fiscal.

In a step towards ‘AtmaNirbhar Bharat,’ The company is also supplying coal as import substitution to Uttar Pradesh, Madhya Pradesh, and other state’s coal consumers.

NCL is Singrauli based Miniratna company of the Government of India. It operates with 10 highly mechanized opencast coal mines and accounts for 15 percent of national coal production. The company had produced over 115 million tonnes of coal in the last fiscal. 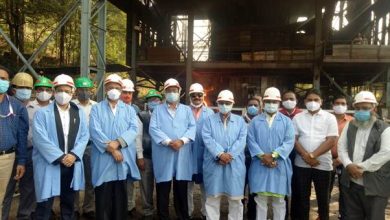