Climate Central, a non-profit news organization, has released a set of shocking photos that show what will happen to some of the most iconic destinations around the world if the climate change crisis is not tackled. The latest research from Climate Central shows that as the current emissions pathway leads to 3°C of global warming, nearly 50 major cities in Asia will have most of their area under “sustained rise in sea level lasting hundreds of years and Will be lost. The New research from Climate Central illustrates the fleeting opportunity to limit coastal cities future losses to rising seas. The study published in Environmental Research Letters identifies which places may be saved or lost in the long run as a result of present-day climate actions.

These images also feature an image depicting future sea levels at the Chhatrapati Shivaji Maharaj Vastu Sangrahalaya in Mumbai. If we allow for uncontrolled carbon pollution, one can look at the current conditions in this image and compare where water levels may end up after 1.5 °C of warming versus 3 °C. But these risks are likely to be reduced by almost half if the most ambitious goals of the Paris climate agreement are met. Climate and energy choices in the coming few decades could set the destination, but the timing of rise is more difficult to project: these sea levels may take hundreds of years to be fully realized.

A portion of human-caused carbon dioxide emissions will stay in the atmosphere for hundreds of years, raising temper- atures and sea levels globally. Using state-of-the-art new global elevation and population data,the the research shows that, under high emissions scenarios leading to 4 ◦C warming and a median projected 8.9 m of global mean sea level rise within a roughly 200- to 2000-year envelope, 50 major cities, mostly in Asia, would need to defend against globally unprecedented levels of exposure, if feasible, or face partial to near-total extant area losses. Nationally, China, India, Indonesia, and Vietnam, global leaders in recent coal plant construction, have the largest contemporary populations occupying land below projected high tide lines, alongside Bangladesh.The research employ this population-based metric as a rough index for the potential exposure of the largely immovable built environment em- bodying cultures and economies as they exist today. Based on median sea level projections, at least one large nation on every continent but Australia and Antarctica would face exceptionally high exposure: land home to at least one-tenth and up to two-thirds of current population falling below tideline. Many small island nations are threatened with near-total loss. The high tide line could encroach above land occupied by as much as 15 percent of the current global population (about one billion people). By contrast, meeting the most ambitious goals of the Paris Climate Agreement will likely reduce exposure by roughly half and may avoid globally unprecedented defense requirements for any coastal megacity exceeding a contemporary population of 10 million.

Even in a hypothetical scenario with no net global emissions after 2020 (with cumulative emissions approximated at 620 GtC /gigatons of carbon based on historical values and forecasts the carbon already in the atmosphere could sustain enough warming for global mean sea level to rise 1.9 (0-3.8) meters over the coming centuries. Our analysis indicates that roughly 5.3% (1.8%-9.6%) of global population, or 360 (120-650) million people, currently live on land below the corresponding new high tide lines. Multi-century Sea Level Rise ( SLR) from carbon cuts that keep warming at the proposed upper limit of the Paris Climate Agreement, 2 ◦C, would lead to 4.7 m of global mean rise and threaten land now home to roughly twice as many people, while an upper confidence limit of 10.8 m of global mean Sea Level rise (SLR) following 4 ◦C of sustained warming – possible under current emissions trends could affect land now home to up to one billion people, or 15% of current global population, and all of the immovable built environment and cultural heritage that that implies for more scenarios.

Hundreds of coastal cities and land where up to one billion people live today are at stake.This research, paired with data and imagery from Google Earth, enables precise illustration of future water levels in more than 200 coastal locations around the world. The collection, Picturing Our Future, includes video simulations and photorealistic renderings of sea levels centuries in the future around landmarks and iconic neighborhoods.

A new interactive map in Climate Central’s Coastal Risk Screening Tool, Warming Choices, compares potential future tidelines—shaded to show land that can be saved or lost, depending on how much more the planet is heated by human activity—for nearly every coastal community on Earth. Like the study and the imagery collection, the map is based on multi-century sea level projections from the IPCC, plus the world’s most advanced global model of coastal elevations, Coastal DEM (version 2.1, released September 2021). 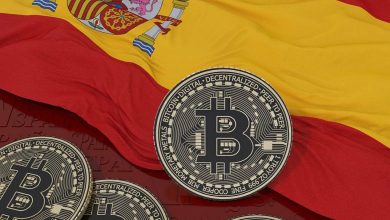 End Of Road For Crypto Currency In India As Government Prepares For Ban !