State-owned Oil and Natural Gas Corporation (ONGC) has cut its debt by more than one-third but faces an uphill challenge to meeting planned expenditure during current fiscal due to oil and gas prices falling below sub-optimal levels, according to company officials and regulatory filings.

Out of this debt, long-term borrowings account for Rs 2,245 crore which are due for maturity in December 2029.

The company had cash and cash equivalent (including other bank balances) of Rs 968 crore as on March 31, 2020, up from a record low of Rs 504 crore a year back.

Standalone debt-equity ratio at the end of March 31, 2020 is only 0.07 which is considered comfortable.

Company officials explained that ONGC has been working on bringing operational efficiencies and financial discipline and used surplus revenues to repay debt.

“While we ended the 2019-20 fiscal year with a comfortable financial position, we face an uphill challenge during the current 2020-21 financial year. The pandemic has played havoc on oil prices and government mandated gas price is way below cost of production,” a senior official said.

ONGC has planned a capex of over Rs 26,000 crore and meeting that with current oil and gas price will be a challenge, he said. 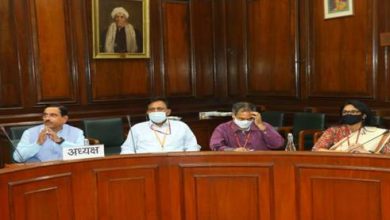